a spell for the death of man 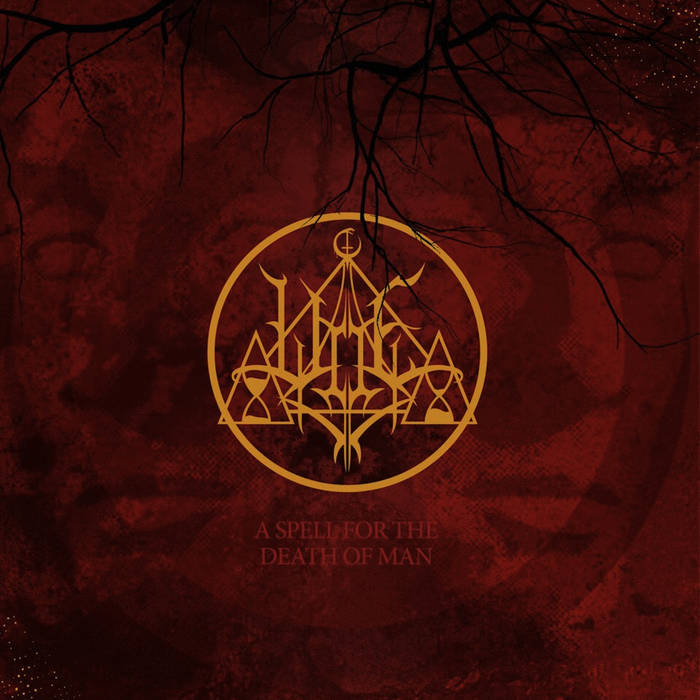 "The realization strikes quickly; A Spell For The Death of Man is an atypical force. The haunting, oddly naked guitar that opens the record--perfectly painted in the "Solitude" referenced in the track's title-- is stark. Desolate. Profound, even. Mostly, it's real. A single guitar. Two minutes of truth or consequences. That's all that Woe needs to bury the seed.

The seed grows. That solitary guitar morphs into a fiery wall of blasting and trem--nothing special--but halfway in, man...the violent revolution begins. Woe's manipulator, Xos, breaks the song open, driving it into a storm of dust with thick riffage and insane drumming. This is full-on, fuck-you hitting, turning the tide into a headbanging, jawbreaking tsunami of blackness. A Spell... is absolutely massive, wreaking havoc in a manner that few (if any) USBM bands have previous.

Thrusting mightly, like a craggy Nightside Eclipse encrusted in crumbling punk nihilism, this album rarely relents. As the work of a single man, A Spell... is a nearly-obsessive vision of destruction (as well as its cathartic wake), but is devoid of theatrics and posturing. Xos' screams of vitriol fully embace the human/animal primalism that condemns our very existence, and his command of the riff is as organic as it is supreme. The ballsy, blackpunk sneer that climaxes "Longing Is All That Will Remain" (the album's true landmark) again spews nothing but honesty, albeit through mouthfuls of strained sinew and shards of bone. The nonstop venom that volcanoes from the core of "I See No Civilization" is of unmatched potency, instigating volume cranks and neck fractures with ease.

Woe takes the "depressive" tag that has been glued to Stateside blackness for the past few years and turns its head on an axis. Forcefully. While the deliberate torture of the closing track,"Memento Mori," sludges things up (down), it sounds almost anti-climactic when stacked against the rest of this white-hot tome. By comparision, however, so do the wares of those scrambling for the vacant USBM throne. Woe does not scramble; Woe lays stake. A Spell For The Death of Man is easily 2008's most criminally overlooked album, and is quite simply the most important black metal release in years--not by virtue of perfection, but of relevance.

A new dawn is upon us. Adjust accordingly." yourlastrites